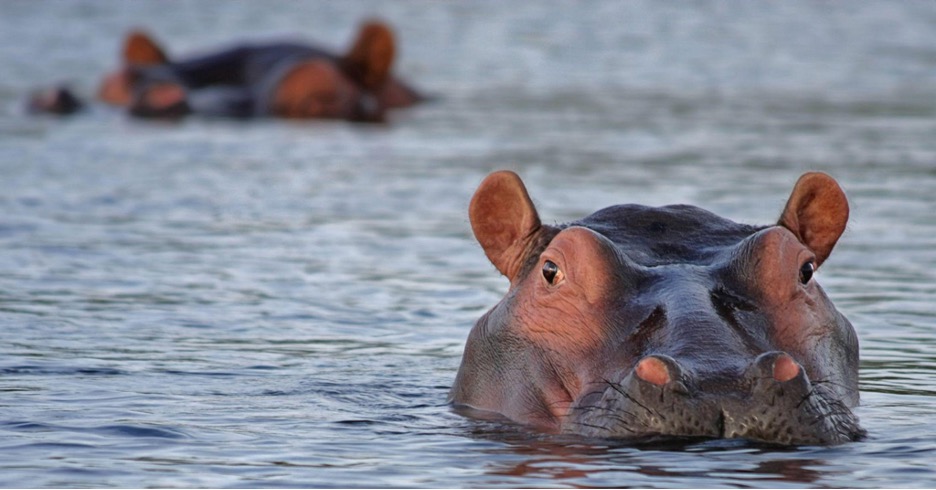 You’ve probably heard of our fight or flight response – when we’re presented with stressful or threatening situations (like being chased by a hippopotamus), our body’s autonomic nervous system responds by preparing for action. Our heart rate increases, our breathing picks up, and blood flows from our core out to our limbs (along with a lot of other changes, all focused on helping us get ready to defend ourselves or to get out of there as swiftly as possible).

In addition to this well known reaction to stressors, we have another autonomic response you may not have heard of, which is pretty much the polar opposite of fight or flight: the relaxation response. This is also referred to as the “rest and digest” response, and it takes over when we feel safe and secure. Our breathing and heart rate slow down, our circulation evens out, our digestive system becomes more active, and we’re more likely to become sexually aroused.

While our fight or flight serves us best in dangerous situations, our rest and digest response is useful for all those times when we’re NOT being threatened, and it makes more sense for our body to focus on taking care of itself. This allows us to store up energy, heal and recover, and even attempt to produce future generations. Both autonomic responses are incredibly useful to our survival, helping us to get through tough short-term situations and make sure that we have the resources and time to prepare for whatever may be coming in the future.

Unfortunately for modern humans, we’re often under constant stress (even if it’s not as immediately threatening as being chased by a hippo). Things like being cut off in traffic, being chewed out by our boss, or being woken up by a loud car in the middle of the night can make our fight or flight response kick in. Even before the global pandemic, stress levels were especially high for people living in cities, where all of the motion, noise, and interaction creates a more threatening environment for our psyche. It’s safe to say that many of us were going through our days in a state of constant and chronic stress, and having to deal with the Covid-19 virus and all of its impacts has certainly not helped.

This isn’t an all-or-none situation: there is a large gradient of stress that people experience in everyday life and a large diversity in the effects of that stress. Regardless of both the exact causes and levels of stress, finding ways to unwind, de-stress, and cue the relaxation response is increasingly important for all of us. In fact, when the term Relaxation Response was first coined by Herbert Benson, it was presented alongside a protocol for practicing and eliciting it in yourself.

Reading through his suggested steps, it may sound very similar to engaging in a simple meditative practice. You wouldn’t be the first to make that comparison – in fact Dr. Benson is often credited with familiarizing a Western audience with meditation, essentially through rebranding it as the Relaxation Effect and conducting studies on its measurable impacts.

With that in mind, it’s not surprising at all that numerous studies have found that floating in a float tank seems to bring on both the relaxation effect and its associated benefits. In fact, floating is often described outside the scientific community as “training wheels for meditation,” demonstrating that outside the lab, people have also been noticing the similarities between floating and the relaxation response for things like reducing stress, improving mood, and increasing focus.

The environment of a float tank is pretty much the perfect place to help turn off our nearly ever-present stress response (regardless of its current severity) and to help us to engage with our relaxation response. All of the examples above for triggering our fight or flight response involve things like loud noises, surprises, uncomfortable social interactions, hippopotamuses… all of which are notably absent in a float tank. In fact, the lights, noises, shocks, and demands on your system are about as reduced as you can possibly get in a float tank. Even the burden on your brain of trying to balance on these two awkward pillars we call legs and walk around the world without bumping into anyone (or anything) is eliminated.

So, the next time you feel like arguing with your partner or running away from your problems, consider giving yourself a time-out to meditate and practice engaging your relaxation response. Or better yet, treat yourself to a float and relax your entire musculature while your brain takes a well needed rest.