Similar to many float enthusiasts, if you ask us what floating is good for, our first answer is often, “What is it not good for?” Having witnessed floating help so many people, it’s easy to think of it as a panacea for all sorts of ailments and afflictions. However, despite decades of published research, some of those in the medical field still look at floating with a side-eye, skeptical of the claims made by floaters.

From curing insomnia to heightening your athletic abilities, there are personal stories from all over the globe of the benefits of floating. Unfortunately, large scale clinical trials are very expensive and time consuming, and most of these claims either receive funding for small scale studies, or aren’t able to be pursued at all with any kind of rigor.

As floating grows in prominence and popularity, the demand for this research has been getting stronger and stronger, and there are many researchers both in the US and internationally who are studying the effects of floatation therapy. The Float Lab at the Laureate Institute of Brain Research (LIBR) is one of the best funded float labs in the world, and over the last decade it has been working to produce large, well-funded studies on floating as a treatment for a range of conditions.

More recently, they’re being joined by a new non-profit, The Float Research Collective (FRC). The FRC was created by Dr. Justin Feinstein, who previously helped to found and head the float laboratory at LIBR. With the Float Research Collective, Dr. Feinstein wants to do two things: create a new, dedicated float research lab and cultivate a network of float centers who can contribute data from their own tanks. Through this, the FRC aims to combine classical lab research with a huge collaboration of citizen science to advance our understanding of floatation.

Both organizations are attempting new, robust studies with hopes of creating a renaissance of float research. If you’re curious about any of the previous, peer-reviewed studies on floatation, the FRC has a public list available. Even just in the past several years there have been some very large strides forward in research of floating to help treat anxiety (one of the most prevalent mental disorders) and anorexia (the deadliest mental disorder). 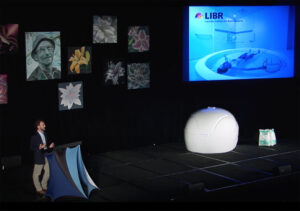 In two 2018 articles, Dr. Feinstein showed how promising floating can be as a treatment for reducing anxiety. In a randomized study, participants across the board showed a decrease in anxiety and stress and an increase in relaxation and serenity. You can watch Dr. Feinstein report on the results of the studies at the 2019 Float Conference, or read the articles themselves in Biological Psychiatry and PLOSone.

More recently, Dr. Sahib Khalsa, who now leads the float lab at LIBR, started delving into how floating can help those with anorexia nervosa and bulimia. After running a successful safety study (to make sure participants wouldn’t have any adverse effects from the tanks – which they did not) the roadwork was set for a clinical study. The clinical trial was a success: there appeared to be a reduction in anxiety as well in body-image dissatisfaction, meaning they had a more positive perception of their body image. Read the full research article here, and listen to Dr. Khalsa present on the results during the 2021 Float Conference. 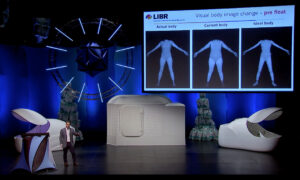 The success of this initial trial allowed for a follow up, full-scale randomized efficacy study. By taking a group with severe anorexia nervosa, a direct comparison was done with floating versus the usual personalized treatment plan done as a treatment at LIBR. The two treatments were compared over the course of 8 sessions, and through multiple follow-ups over the course of a year afterwards.

These studies and their effect sizes are wonderful to see, but there is still a lot to be done with float research. Building a database of clinical studies to begin exploring these and other general claims for floating are the big next steps. At that point, the studies can begin getting more into the specifics of how and why floating is helping people. If general anxiety can be reduced from floating, does that mean that anxiety that arises from other specific conditions also be treated through floating?

Hard scientific findings are needed to further open the door for floatation treatments becoming mainstream, and the work of Dr. Feinstein and Dr. Khalsa, along with many other float researchers, is important for starting to illuminate the benefits. Further studies can now be done to delve deeper into the results, and to help establish floatation therapy as a viable, all-natural medical treatment. As more work stems from these studies, we look forward to floating being even more validated in the medical community, and to it becoming a more widely recognized and recommended treatment for a variety of afflictions.